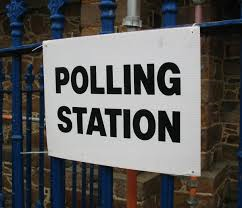 We shouldn’t as citizens take for granted a right which people protested for and even in some cases died for. But I have to say that this election is probably the most challenging of my adult life.

I think this may firstly be because of the complex policy challenges which we are being asked to consider. Whatever we think about Brexit, there seems to be no doubt that both the process and the consequences are more complicated than any slogan on the side of a bus, or headline can honestly capture. The problems of the NHS and, even more, social care are an amalgam not just of reducing budgets but of the growing needs of an ageing population, a relentless drive for efficiency, an ageing workforce with a range of alternative careers for young people and the impact of immigration policy. Yet we have never been so aware of the importance of health – of physical, mental and social wellbeing. The benefits and more often the costs of education at all levels are another key area, though often undervalued by those who have benefitted in the past. Yet without effective education, industry, science and the creative arts will shrivel. The question of border controls bleeds into negative attitudes to people not born in U.K., with increasing hate crimes and unfocused public concerns about extremism and terror. A further complex issue is poverty – growing rapidly, especially among families with children, and families in work – many find themselves going without treats, holidays and food or increasingly dependent on food banks. And finally – and most overwhelmingly – the challenge of our fragile earth and its ecosystem – with extreme weather becoming ever more common – and only around 11 years- if that – to develop a sustainable and integrated set of policies on transport, waste, housing, aid etc. None of the solutions seem simple – and in a way, if they seem simple, there’s probably something that we haven’t understood.

The second reason this election seems challenging might be because whilst we are probably the best educated electorate since Earl Grey’s Great Reform Act – with so many more people staying on at school till 18 and many with degrees, we live in an environment where we rely increasingly on social media and sound bites for our news – where individual candidates may not be known to us in real life, and rarely address meetings, so that we don’t have experience of them talking from the heart. And the mainstream media – newspapers and broadcast media – tend to focus on the policy headlines and personalities, driving us almost to see the election as a contest or a confrontation between leaders, rather than a collaborative consideration of how best to address complex problems and get the best outcomes for everyone.

In thinking about what we as Christians might have to offer to the debate, I turned first to Archbishop William Temple. He was Archbishop of Canterbury in World War 2 between 1942 and 1944. For such a short span, he made a huge difference – and I wonder if we should look again at his work. His most iconic publication is Christianity and Social Order (1942). In a single page Temple called for the provision of universal access to healthcare and education, decent housing, proper working conditions, and democratic representation. These are still among the huge challenges which face us. His thinking made a huge impact on William Beveridge, and his Report which led to the original establishment of the Welfare State in 1945. His vision was of a society that reflected the innate dignity of each person, all of us created in the image of God. That vision offers us too a solid base for our own reflections on the challenges we face in this election.

Looking then to scripture I turned to Luke chapter 4 from verse 17, where Jesus reads from the prophet Isaiah (chapter 61) and tells his audience that this scripture is fulfilled in their hearing: good news for the poor, freedom both for those who are trapped or imprisoned, and for people who are treated harshly, or lack opportunities. There are plenty of those in our society today. And in offering sight for those who find it hard to see, perhaps Jesus was not just thinking of people who were physically visually impaired, but people whose vision was impaired by power and prestige, or self-centredness. Jesus is describing how God’s Kingdom is and will be: a place which offers hope and justice for all. If we hope to follow in the Way of Christ, we should be working with those who we honestly believe will deliver that.

As individual Christians over these next days we need to retain a focus on justice – and to seek to be honest and respectful in our dealings with others, whether or not we agree with them. As we consider our responsibilities as citizens we need to actively explore both how policy might address the needs of everyone in society and especially the most vulnerable, recognising that each of us is  made in the image of God, and how we might contribute to building God’s Kingdom, of love and justice for all.